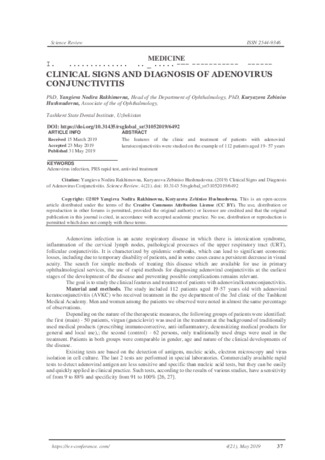 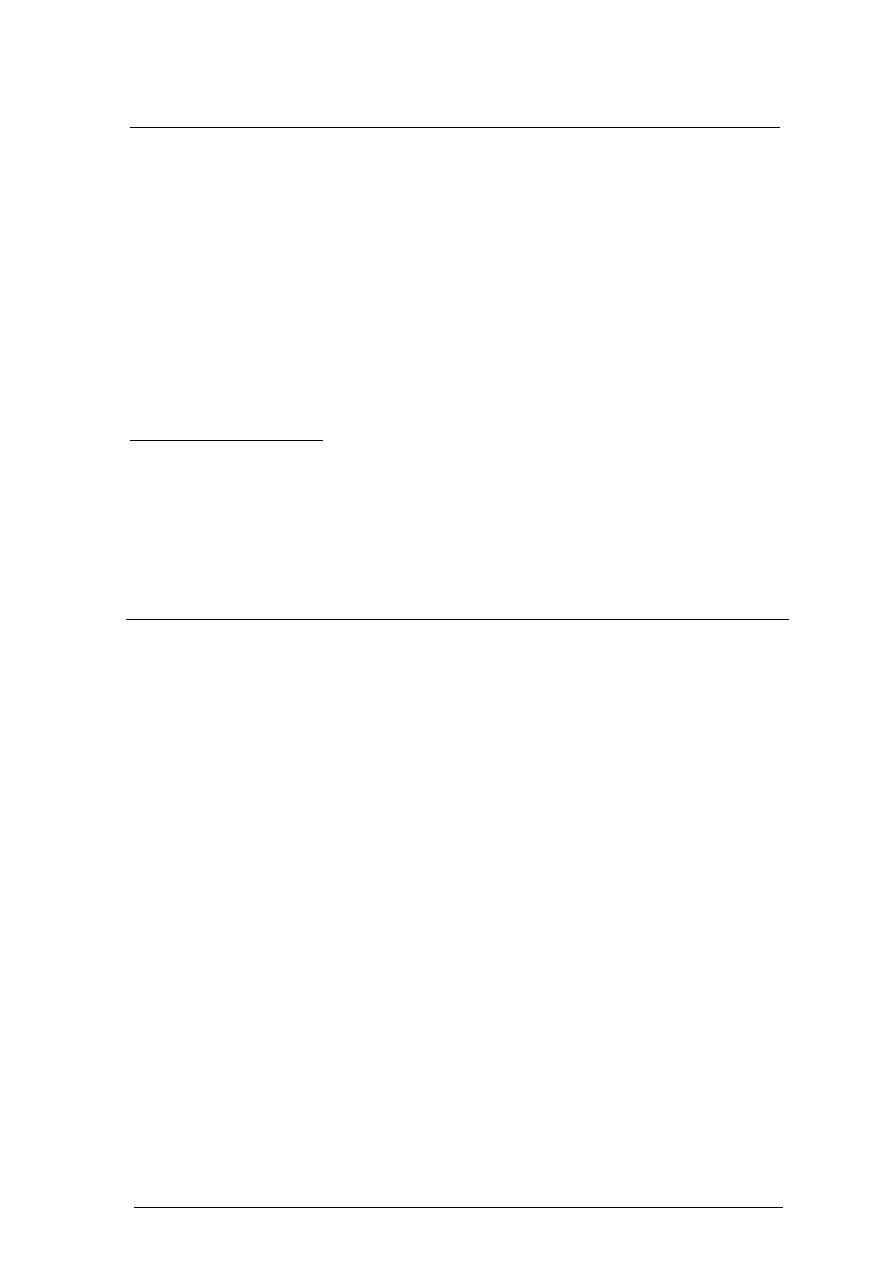 This is an open-access

The use, distribution or

reproduction in other forums is permitted, provided the original author(s) or licensor are credited and that the original
publication in this journal is cited, in accordance with accepted academic practice. No use, distribution or reproduction is
permitted which does not comply with these terms.

Adenovirus infection is an acute respiratory disease in which there is intoxication syndrome,

inflammation of the cervical lymph nodes, pathological processes of the upper respiratory tract (URT),
follicular conjunctivitis. It is characterized by epidemic outbreaks, which can lead to significant economic
losses, including due to temporary disability of patients, and in some cases cause a persistent decrease in visual
acuity. The search for simple methods of treating this disease which are available for use in primary
ophthalmological services, the use of rapid methods for diagnosing adenoviral conjunctivitis at the earliest
stages of the development of the disease and preventing possible complications remains relevant.

The goal is to study the clinical features and treatment of patients with adenoviral keratoconjunctivitis.

keratoconjunctivitis (AVKC) who received treatment in the eye department of the 3rd clinic of the Tashkent
Medical Academy. Men and women among the patients we observed were noted in almost the same percentage
of observations.

Depending on the nature of the therapeutic measures, the following groups of patients were identified:

the first (main) - 50 patients, virgan (ganciclovir) was used in the treatment at the background of traditionally
used medical products (prescribing immunocorrective, anti-inflammatory, desensitizing medical products for
general and local use),; the second (control) - 62 persons, only traditionally used drugs were used in the
treatment. Patients in both groups were comparable in gender, age and nature of the clinical developments of
the disease.

Existing tests are based on the detection of antigens, nucleic acids, electron microscopy and virus

isolation in cell culture. The last 2 tests are performed in special laboratories. Commercially available rapid
tests to detect adenoviral antigen are less sensitive and specific than nucleic acid tests, but they can be easily
and quickly applied in clinical practice. Such tests, according to the results of various studies, have a sensitivity
of from 9 to 88% and specificity from 91 to 100% [26, 27]. 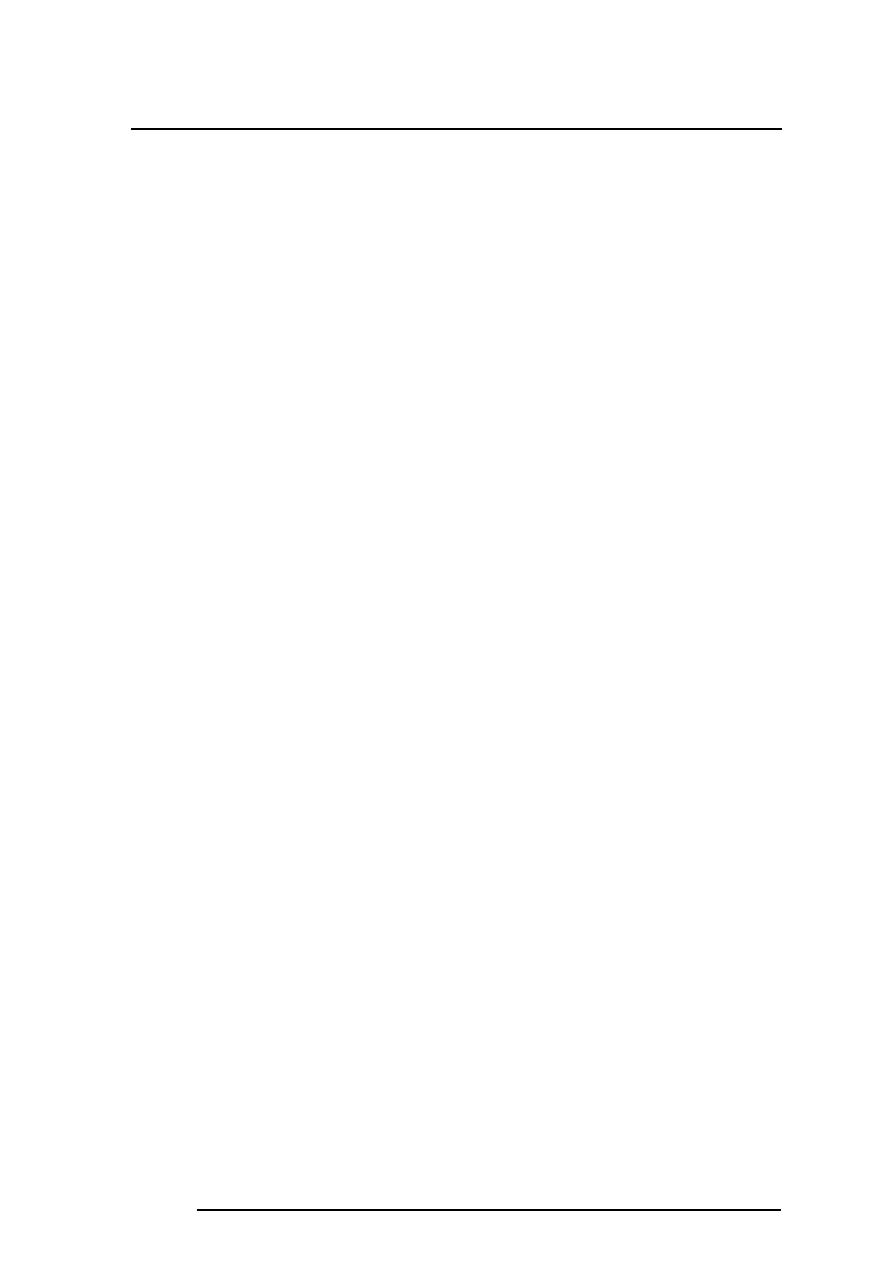 Detection of nucleic acids using amplification methods such as PCR is a diagnostic test of choice for EKK due
to its high sensitivity, specificity and speed of execution [2, 8].

For the diagnosis of adenoviral ophthalmoinfection, we carried out an immunochromatographic rapid

test, PRS Adeno Detector, manufactured in the USA. Testing was conducted in the office of an ophthalmologist
clinic. Using a collector, a tear was taken from the lower arch and placed in a plastic cassette. The absorbent
part of the cassette was immersed in the buffer for 15 seconds, then the exposure time was 10 minutes. If there
is an adenovirus antigen in the test material, two red bands appear in a special cassette window - first the
analysis band, then the control band.

In patients of the first group, 0.15% ganciclovir eye gel under the commercial name Virgan (Santen,

Finland) was used, which is a synthetic nucleoside analogue of 2-deoxyguanosine. Virgan was administered in
the form of instillations, one drop in 4-5 times a day. This drug was used in the treatment of patients in the
main group from the first day of their stay in hospital for 10-21 days.

patients, including the disappearance of discharge from the conjunctival cavity, normalization of the
conjunctiva, resorption, or replacement of active, slightly epithelial and subepithelial infiltrates with flat
opacities, increased visual acuity, reduced due to the disease.

of the disease. In one third of cases, patients received treatment courses, and sometimes with unreasonable
massive prescription of hormonal and antibacterial drugs, which caused the severity of the clinical picture of
the disease, the development of toxic-allergic reactions and extended the time for further treatment.

Upon admission, patients complained of an increasingly pronounced foreign div sensation in one

eye (right or left, depending on the side of the leading hand), which can start from the nasal angle of the eye
and move to the lateral one during the illness. Later the patient complained on the appearance of swelling of
the eyelids, tearing, itching, photophobia and blurred vision. In 74% of patients, lighter manifestations usually
occurred on the other eye in 2-7 days.

In the acute period of the disease, the general clinical symptoms: an increase in div temperature,

headache, malaise, and signs of lesions of the upper respiratory tract were observed, respectively, in 84.0%
and 86.67% of the patients of the main and control groups.

All patients had eyelid edema, half of them had a strongly pronounced. These changes were

accompanied by conjunctival edema. In patients of the main and control groups, there was a hyperemia of the
mucous membrane of the eyelids and the eyeball, and, respectively, in 84.0% and 90.0% of cases it was strongly
pronounced.

Hemorrhagic manifestations of the disease were observed in 88.0% of patients of the first and 83.33%

Mucous follicle disease was observed in 79.0% of the patients of the main and 82% of the control

group, which was localized in almost 2/3 of the observations in the area of the transitional fold, and in the
remaining cases, small superficial follicles were observed on the entire mucosal surface of the eyelids.

Corneal changes appeared on the 5th-12th day of the disease. Corneal lesion was revealed by the

development of edema and infiltrates against the background of a decrease in its sensitivity. Epithelial
infiltrates (main group - 24.0%, control group - 23.3%) were small, they were located randomly over the entire
surface of the cornea. Moreover, more often they initially observed their appearance on the periphery of the
cornea. In the future, in some cases, a gradual increase in the number of infiltrates was noted with their location
in the optical part, which led to a decrease in the patient's visual acuity. Mixed (epithelial-subepithelial)
infiltrates in the form of confluent coin-like infiltrates were observed less frequently - in 28.0% and 33.3% of
patients in the main and control groups. Subepithelial infiltrates were recorded in 44.0% and 43.3% of cases.
In 8 of 24 patients of the first group and in 4 of 16 from the second group, signs of the development of iris
edema and the formation of posterior synechias were noted against the background of a deep corneal lesion.

statistically significant differences in the nature of the ophthalmoscope status in the main and control groups. 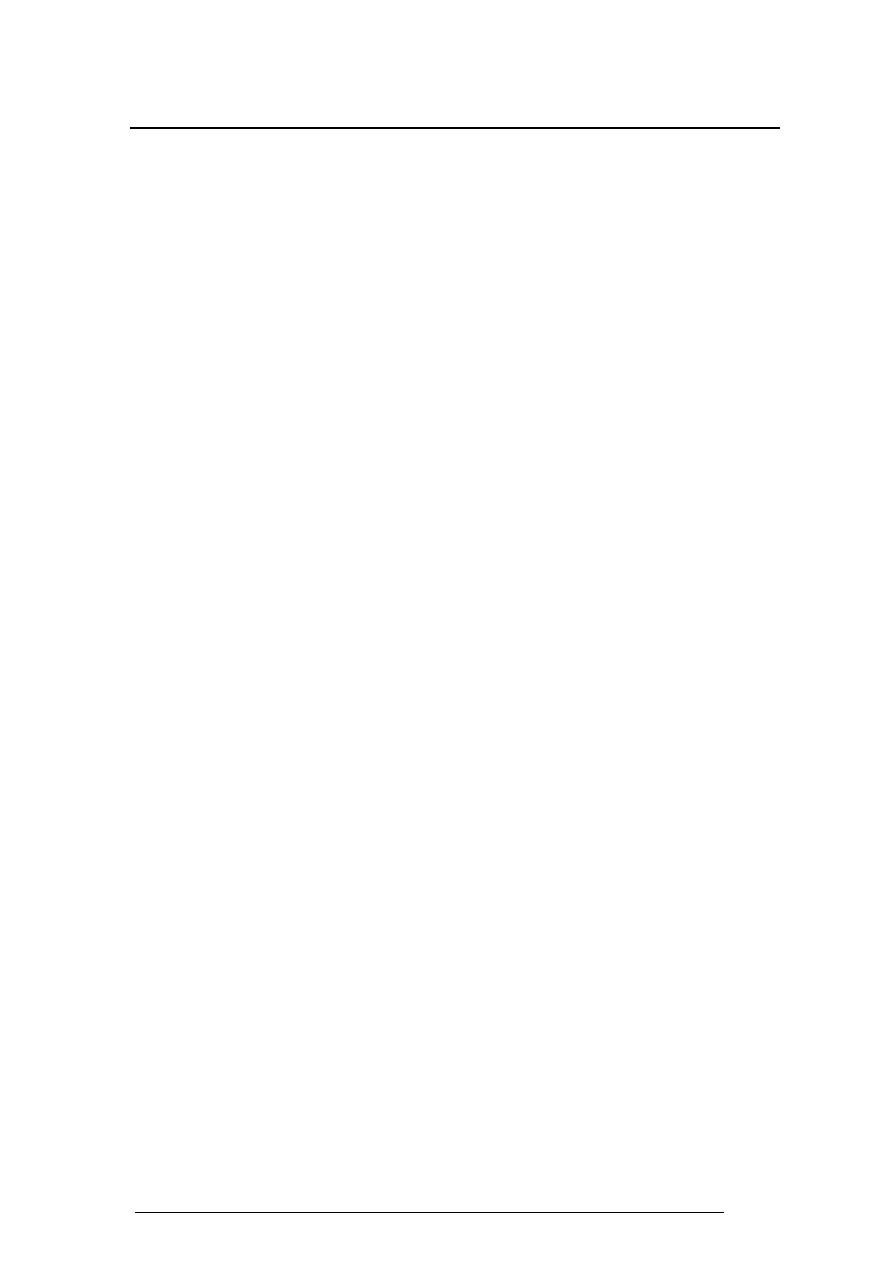 treatment of patients with AVKC, against the background of traditionally used drugs, a positive effect was
observed already in the first days of treatment. Patients of the main group on average 2-4 days earlier noted a
decrease in complaints of lacrimation, photophobia, and foreign div sensation in the eye than patients in the
control group.

In the first group of patients, the disappearance of discharge from the conjunctival cavity,

normalization of the conjunctiva was observed in 4-5 days earlier than in the second group.

In patients of the first group, the initial signs of epithelialization of the cornea in the presence of

epithelial and mixed infiltrates were noted on 2-3 days of treatment, and the periods of complete epithelization
ranged from 3 to 10 days, the average period of corneal edema resorption was 5-7 days. In the control group,
corneal edema, respectively, disappeared for 6-8 days, the beginning of corneal epithelization was noted at a
later date from the start of treatment (4-6 days), and its complete epithelialization was noted for 10-12 days.
Resorption, or the replacement of active, slightly reproducing epithelial and subepithelial infiltrates by flat
opacities in the main group of patients in whom virgan was prescribed in complex treatment, proceeded 4-6
days faster than in the group of persons for whom this drug was not used.

individuals who did not receive Virgan ranged from 15 to 20 days.

In the course of treatment, an increase in visual acuity was observed in 92.0% of the main group and

83.3% of the control group. The reason for the decrease in visual acuity in patients of both groups was corneal
opacities in the area of inflammatory foci located in its optical zone.

In order to prevent post-infection dry eye syndrome (DES) arising due to the loss of goblet cells, all

patients were tested Schirmer. In 17 patients of the main group and 22 patients in the control group of 2/3 of
the patients, discontinuity of the tear film and a feeling of impurity in the eye were found. Patients were
prescribed artificial tears.

For the prevention of dry eye syndrome in patients undergoing adenovirus infection, it is advisable

to carry out the Schirmer test.

The use of the medical product Virgan in the complex treatment of patients with AVKC helps to reduce the clinical severity of corneal damage (shortening the corneal epithelization time, resorbing corneal infiltrates), reducing the treatment time for patients by 5-6 days.

For the prevention of dry eye syndrome in patients undergoing adenovirus infection, it is advisable to carry out the Schirmer test.